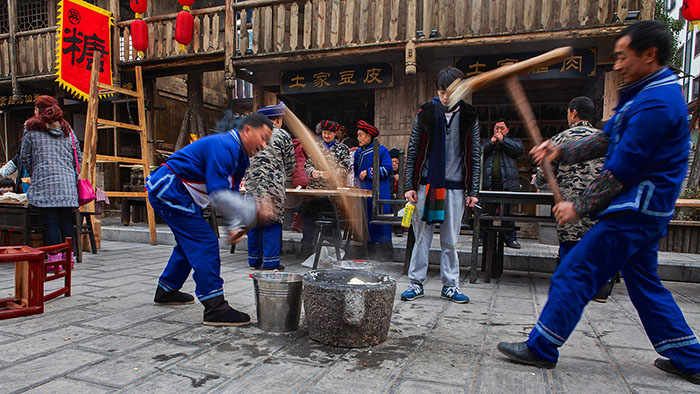 Snakes are tujia people ancestors, it is offensive for food. If someone would steal to eat it, it must happen in the wild, otherwise you will poison. If tujia people would eat cat, he or she were thought that there will be a disaster. Above two kinds of taboo, they are with some ancient totem taboo. Part of tujia people thought that they are descendants of Ba people and make the snake and tiger as their totem. It is because the cat and the tiger look like similar, so they are on the list of taboos.
New Miaozu people (partial) can not eat dog, it is ancient totem taboo. Merchant and tujia can not eat crow, because for them it is a kind of ominous birds. If tujia people eat eagles, they think, which will be destruction for them. They are disabled to knock chopsticks before and after the dinner, give a person more rice or wine, avoid buckling the bowl upon the table after dinner. Tujia people avoid eating behind others and using two bowls to eat a meal, or they will be thought "Eat two bowls. And after dying, being buried only two eyes". 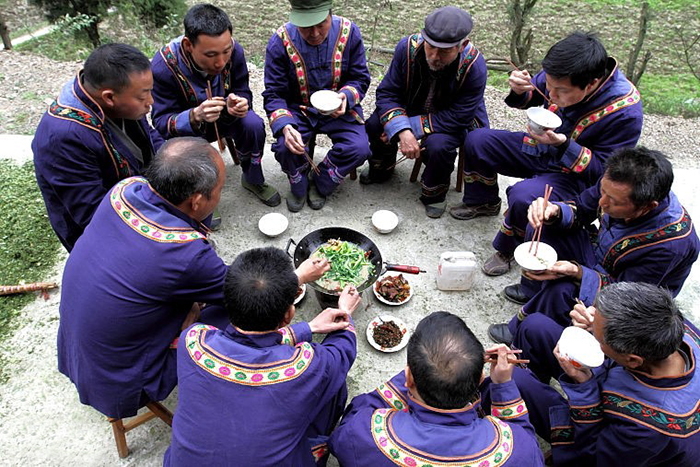 In New Year's eve reunion dinner they have to close the door to eat, which is to avoid new year’s good luck slipping away. When others’ families have reunion dinner, they can not go to visit others. At this special dinner, they can't talk about ominous words as 'dead man "and" ghosts ". When the Cooperative people have the dinner, because of the similar sound between “garlic” and “separate” in Chinese, food are not allowed to put garlic in. when they have the dinner, if someone broke the bowl or glass vessel, which will be thought it is a auspicious sign for next year.