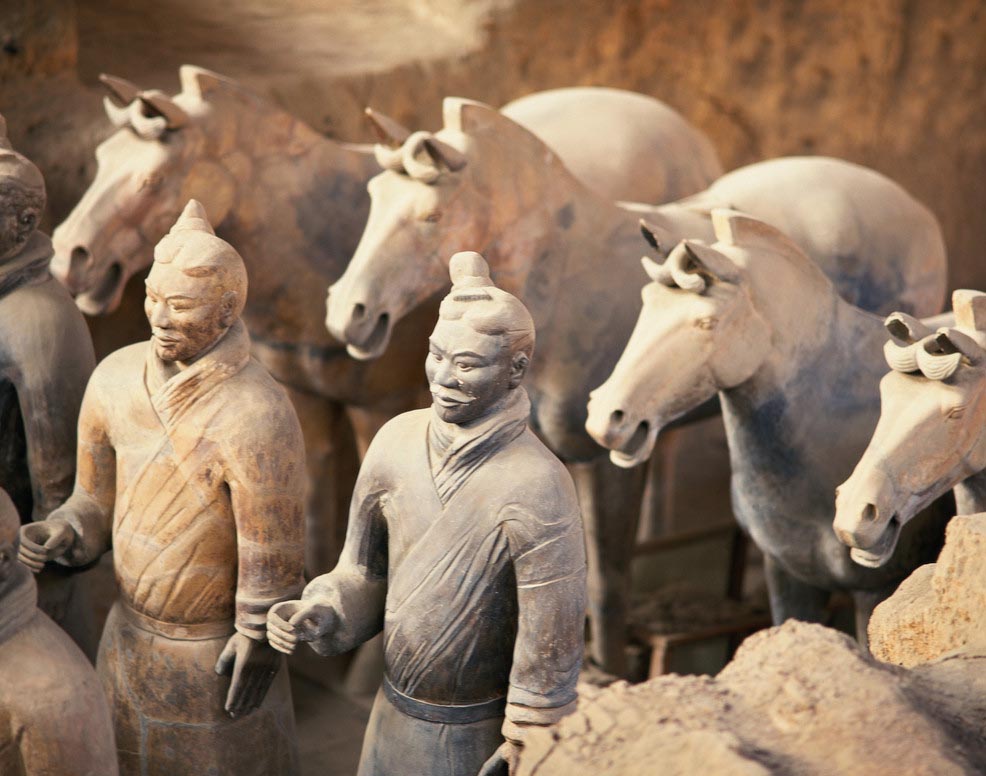 To visit Army of Terra Cotta Warriors is the main reason why you are here in Xian. You may have already seen its pictures from China travel books or China tour related travel websites. The original site was found by a local farmer digging a well in 1974. Now it has turned into the most important attraction in Xian - Terracotta Warriors and Horse Museum. It is located about 50km east of the Xian City. The museum includes Pit 1, Pit 2 and Pit 3 as well the exhibition hall of the chariots and horses. The Pit 1 is the largest of the three. To get there you may take a public bus from Xian Train Station Bus Terminal, or take a taxi or rent a car from a local tour company. 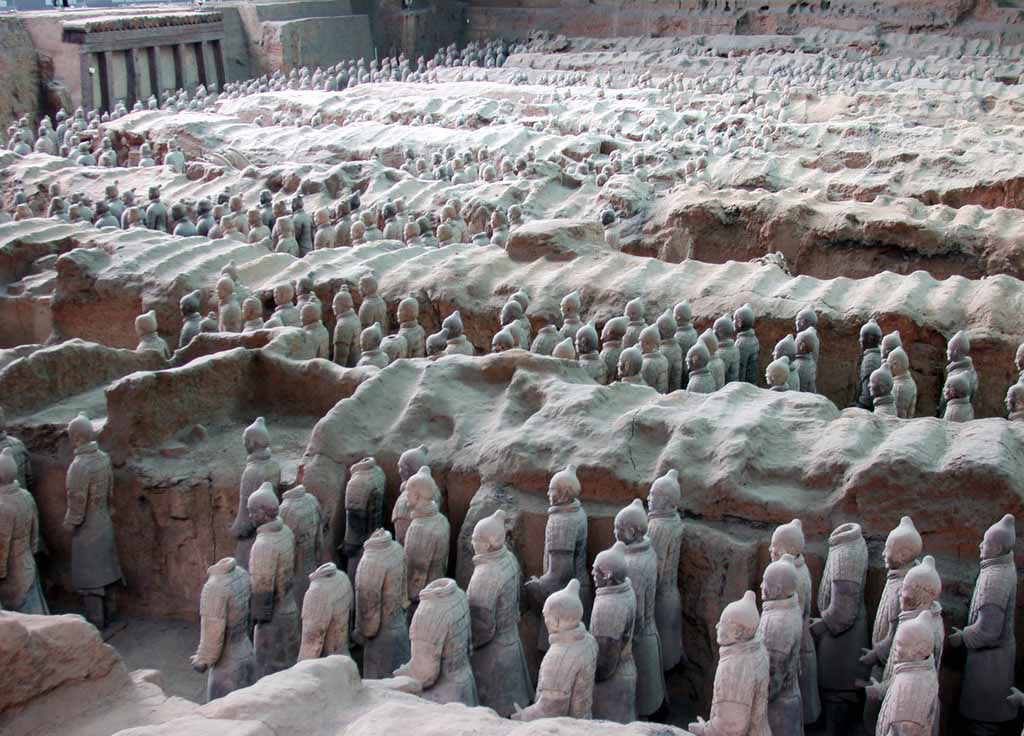 Pit No. 1 is in an oblong shape of tunnel. It is 230 metres long from east to west and 62 metres wide from north to south. It is 5 metres deep. It occupies an area of 14,260 square metres. Inside the tunnel, there are ten earth-rammed partition walls. The floors are bricks-paved. The terra-cotta warriors and horses in Pit No. 1 are lined in a real battle formation. To the east end of the pit stand facing east three rows of terra-cotta warriors in battle tunics and puttees, 70 in each row with total number of 210 put altogether. Armed with bows and arrows, they form the vanguard. The ten rammed partition walls cut Pit No. 1 into eleven latitudinal passage ways. There are 38 columns of warriors in the east with horse-drawn chariots in the centre. The armour-clad warriors carrying long-shaft weapons are probably the main body of the formation and show the main force.
Pit No. 2 is situated 20 metres to the north of Pit No. 1. The Pit is L--shaped and composed of four different mixed military forces in four rows. It is recorded that there were more than 1, 000 pieces of pottery figures, 500 horse-driven chariots and saddled horses. The pit is about 6,000 square metres.
Pit No. 3 is situated 25 metres to the north of Pit No. 1 and to the west of Pit No. 2. Tthe pit is in the concave shape with 520 square metres. From the pit were discovered one chariot, four terra-cotta horses and 68 clay armoured warriors. In Pit No. 3 were only unearthed one kind of weapon called "shu", which had no blades and are siad to be used by the guards of honour. Discovered also in this pit were a re- maining deer-horn and animal bones. This is maybe the site where sacrificial offerings and war prayers were practiced.